“One of the most uplifting pieces of theatre I've seen in a long time. Simple, powerful, moving” Twitter

One Million is the serious, spectacular and ultimately uplifting story of the challenges of youth unemployment in Britain today.

The early years of adult life are a fragile and vulnerable time, but simultaneously, explosively powerful and filled with enormous energy. Identities are carved and pathways into the future forged.

What does it mean for a generation to face the start of their working lives in a time of uncertainty? How do you get onto the career ladder when all the rungs are broken?

Tangled Feet's spectacular performance evokes the spirit of youth and the ambitions of the next generation. Powered by the optimism of youth, ingenious giant structures move through the audience and daring aerial performers dangle above.

Guy Connelly (Clock Opera) and Nick Gill (The Monroe Transfer) fuse music with the words of poet Anthony Anaxagorou to create a live soundtrack to this immersive performance, which with a mass cast of young people offers an alternative vision for the next generation. 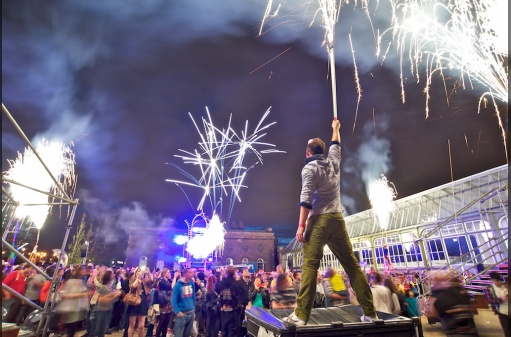 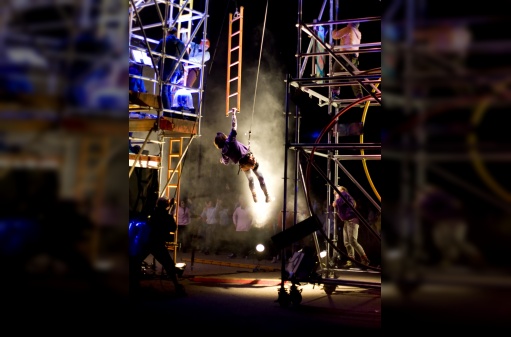 “ This amazing masterpiece highlighted the enduring, bright, shining hope of the youth of the nation. ” - www.thelatest.co.uk - “ A spectacular allegory on youth unemployment. ” - Time Out -

“ One of the most uplifting pieces of theatre I've seen in a long time. Simple, powerful, moving. ” - Audience -

It wouldn't have been possible without

One Million featutred a cast of over 180 young people in London and Brighton.

"I Can honestly say that being part of One Million at the Brighton Festival was one of the best experiences of my life. Met some amazing people and took part in some amazing things, hope I can do it again." Participant Feedback

One Million was commissioned by Greenwich+Docklands International Festival

They supported this Production

Want to book this show or make one like it?

Tangled Feet are always open to discussions on touring our work and making new work with partners. Get in touch to discuss what's possible.

An aerial and physical exposition of the future of our NHS 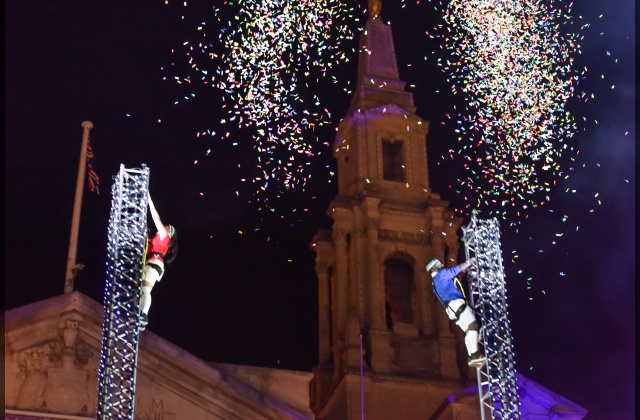